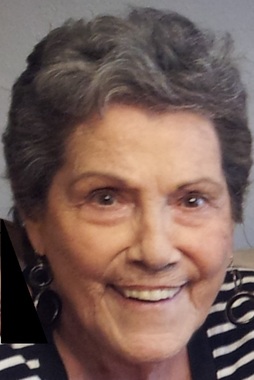 Back to Thelma's story

Thelma James "Totsie" Lemons went to be with her Lord and Savior on Aug. 12, 2019.
Totsie was born in Broaddus, Texas on Jan. 14, 1929, one of four daughters to James Walter Cox and Lugenia Fussell Cox. In 1941, the family moved to Commerce from Corsicana.
Totsie attended East Texas State Teacher College Demonstration school better known as Training School where she graduated in 1946. She also attended East Texas State University.
In 1953, she married J.L. Lemons and they made their home in Commerce and reared three sons.
Totsie worked for the City of Commerce in the Utility Department. In 1990 she retired from the City. After retiring she enjoyed spending time with her husband, their children and grandchildren.
After losing her husband, she moved to Georgetown, Texas to be near her son, Paul and his family.
Totsie lived in Sun City Georgetown for a number of years and had many wonderful friends. She en- joyed going all over Sun City on her golf cart and playing canasta with her friends.
She was a member of the Worship Place in Sun City.
She is survived by her sons James Lemons and wife Traci of Houston, Paul Lemons and wife Teresa of Georgetown; Thomas Lemons and wife Kim of Paris; grandsons John Lemons, Brian Lemons and wife Britni, Jacob Lemons and wife Stephanie; twin granddaughters, Dana Lemons and Kelley Lemons; three great-granddaughters Kinley Lemons, Sydney Lemons and Gracie Lemons; and two great- grandsons Jayden Lemons and Marshall Lemons.
She was preceded in death by her parents, her husband and her sisters Billie Warren, Bennie Risener and Shirlee Alford.
A brief, graveside service will be held at 1 p.m. on Saturday, Aug. 24, Mt. Carmel Cemetery, Wolfe City, Texas with arrangements made by R.W. Owens and Son Funeral Home. Friends of the family are cordially invited to attend.
Published on August 14, 2019
To plant a tree in memory of Thelma James "Totsie" Lemons, please visit Tribute Store.

Plant a tree in memory
of Thelma

A place to share condolences and memories.
The guestbook expires on November 12, 2019.