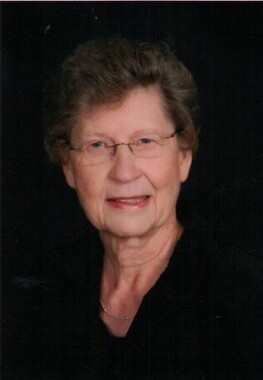 Back to Ruth's story

Ruth Pauline Briggs, 85, of Campbell, Texas, passed away on Sunday, July 14, 2019 in Commerce, Texas. She was born on June 24, 1934 in Marlin, Texas to Herman Schmalz and Vernita Kruger Schmalz. The family will receive visitors on Friday, July 19, 2019 from 5-7 p.m. at Commerce Funeral Home. The funeral will take place on Saturday, July 20 at 1 p.m. at First Baptist Church, Commerce with Reverend Kris Myers officiating. Burial will follow at Rosemound Cemetery.
Ruth graduated from Marlin High School in 1951. She met the love of her life, LD Briggs, and they were married in Marlin, Texas on June 11, 1955. Ruth enjoyed a variety of activities during her life. She was an avid reader and enjoyed needle work. She also enjoyed cooking, gardening and spending time with her family. In 1969, Ruth graduated from East Texas State University with her B.S. in Home Economics. She then earned her M.A. in Library Science in 1970, also from ETSU.
Ruth worked at TAMU-C for 14 years in the educator certification department. Upon retirement, she spent a great deal of time volunteering, serving at the Bargain Box every week. In 1966, when the Briggs family moved to Commerce, they became active members of First Baptist Church. Ruth and LD worked as leaders in an adult Sunday School class for many years.
Ruth is survived by her loving husband of 64 years, LD; her daughter, Janna Morterud and husband, Barry; grandchildren, Jennifer Walters and fiance, Chris Metcalf, Ryan Walters and Lauren Walters; great grandchildren, Alexander Walters and Jamie Walters; sister, Harriett Davidson and husband, Don; nieces, Elizabeth Davidson and Kerry Herndon and husband, Steve; great nephews, Thomas Herndon and Andrew Herndon.
She was preceded in death by her parents, Herman and Vernita Schmalz; brothers, Herman Schmalz, Jr. Jean Schmalz, and Joel Schmalz.
Serving as pallbearers for Ruth will be Barry Morterud, Chris Metcalf, Ryan Walters, Thomas Herndon and Steve Herndon.
Services for Ruth have been entrusted to Commerce Funeral Home.
Published on July 17, 2019
To plant a tree in memory of Ruth Pauline Briggs, please visit Tribute Store.

Plant a tree in memory
of Ruth

A place to share condolences and memories.
The guestbook expires on October 15, 2019.