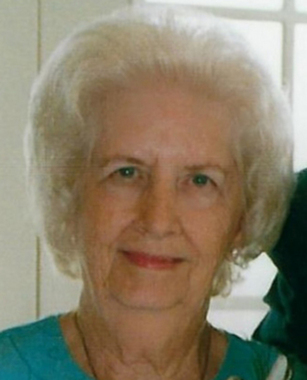 Back to Nita's story

Nita Glynn Raynes Roundtree, 89, died Oct. 22, 2017. Nita was born April 9, 1928, in Fairlie to Eugene Talmadge and Amanda Guthrie Raynes. Nita grew up on a cotton farm in the England Grove community north of Commerce. She attended the Century County school through elementary and junior high school. Nita moved to Commerce High School where she played on a winning high school basketball team and was a member of the school orchestra where she played the viola. She graduated from high school in 1945 and attended East Texas State Teachers College where she was a member of the college orchestra. She graduated in 1947 with a bachelor of science degree in business at the age of 19. Nita began her teaching career in 1948 at Gladewater Sabine High School as the basketball and volleyball coach. She married Paul Roundtree in 1950 at the First Methodist Church in Commerce. She and Paul moved to Wolfe City in 1951 where she resumed her career as a business teacher at Wolfe City High School from 1951 through 1963. She also served as a sponsor for the cheerleaders, the high school annual staff, and various other activities. Nita took some time away from teaching in 1963 to raise her children and help Paul in his furniture and appliance business. She returned to the teaching profession as an elementary teacher and graduated with a master of science degree from East Texas State College in 1973. Nita retired from education at Wolfe City in 1994 after a 35-year career that spanned a period of six decades. She was active in various civic, professional and church organizations which included The Modern Study Club, Supper Club, Book Club, Retired Teachers, Delta Kappa Gamma, Little League, and Band Boosters; and she was a member of the First United Methodist Church in Wolfe City for 67 years. Prior to her death, she was one of two surviving founding members of The Modern Study Club. Nita enjoyed watching sporting events, playing her pump organ, which she learned to play as a child, drinking coffee, visiting with friends and family, and she was an outstanding cook. Nita is survived by her two sons, Gary and wife Elaine, and John Paul and wife Christie, all of Wolfe City; six grandchildren; 12 great-grandchildren; brother Jim Raynes and wife Paula of Terrell; brother-in-law Anson Lowrie of Cumby; and numerous nieces and nephews. She was preceded in death by her parents, sisters Lometa Lancaster, Francis Dear, and Louis Raynes; and her husband of 55 years, Paul Roundtree who died in 2005. Her funeral service will be Thursday, Oct. 26, at 2 p.m. at First United Methodist Church. Visitation will be Wednesday from 6 to 8 p.m. at R.W. Owens & Son Funeral Home chapel.
Published on October 25, 2017
To plant a tree in memory of Nita Roundtree, please visit Tribute Store.

Plant a tree in memory
of Nita

A place to share condolences and memories.
The guestbook expires on January 23, 2018.