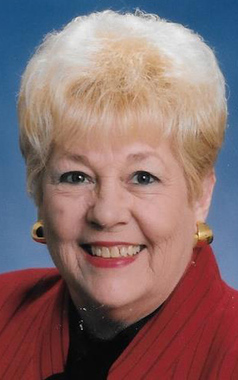 Back to Mary's story

Mary Beth Tuck passed away peacefully with family at her side April 27, 2018, at her home at Brookdale Georgetown, an assisted living home in Georgetown, Texas.
Mary Beth, or Betsy as family members called her, was born in Point, Texas, Dec.. 6, 1930, to Basil Barney Rabb and Daisy Morris Rabb.
She was one of six children in a family where everyone worked hard farming, ranching and running a general store.
She graduated from Point High School and went on to East Texas State College in Commerce, where she received her bachelor of science degree in 1952. In the mid-'60s, while raising two small children as a single mother, she returned to Commerce to complete her master of science degree in Home Economics Education.
She then joined the Home Economics faculty at Stephen F. Austin State University in Nacogdoches, Texas, teaching there and spending her summers working on a Ph.D. at Texas Woman's University in Denton. She completed her Ph.D. in 1970, returning the next year to Commerce, where she taught at ETSU (later, Texas A&M University-Commerce) until her retirement in 1995.
An active alumnus, she received the Gold Blazer Award in 1995.
Tragedy followed Mary Beth throughout her life.
Her brother Harold was killed in WWII, and her brother Robert died in the Korean War. Her daughter Karen died in an automobile accident in 1973 at the age of 18. Her only grandchild, Shane Tuck, the son of Mary Beth's son Kenny, was killed in an automobile accident when he was 16. Kenny passed away almost exactly a year later.
A testament to her strong spirit is that she persevered over tragedy and made her life a triumph.
She loved her church, First United Methodist Church Commerce, and singing in the choir. She loved Texas A&M University-Commerce and her students. She loved her friends and neighbors and her extended family.
She is survived by her sister, Bobbye Areen of Dayton, Ohio, and 12 nieces and nephews. She was preceded in death by her parents, brother Ted, and brother Joel.
Aunt Betsy was interred at Brigham Cemetery on April 29 with a small group of friends and family in attendance.
A memorial service will be held at First United Methodist Church Commerce on May 19 at 1 p.m. with Bishop Scott Jones officiating.
As food and nutrition were a big part of Mary Beth's life, all friends and extended family are invited to join her family for a meal at 11:30 at the church's Family Life Center, prior to the service.
In lieu of flowers, the family requests that donations be made to the Texas A&M University- Commerce Foundation for the Tuck Memorial Endowment, a scholarship Mary Beth established for single students attending college while raising children.
Arrangements through R.W. Owens and Son Funeral Home of Wolfe City.
Published on May 15, 2018
To plant a tree in memory of Mary Beth Tuck, please visit Tribute Store.

Plant a tree in memory
of Mary

A place to share condolences and memories.
The guestbook expires on August 13, 2018.