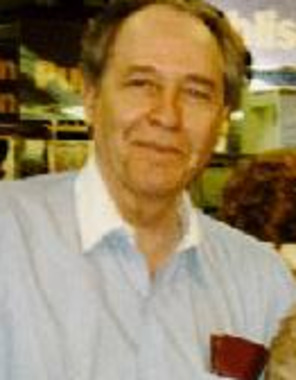 Back to Joseph's story

Joseph Louis (Joe) Ryan was born in Commerce, Texas on April 18, 1933 to Jeremiah and Edna
Jernigan Ryan. Joe was a Navy Veteran serving on the USS Rochester in 1951-54. He was a
graduate of East Texas State University, now known as Texas A&M in Commerce.
He married Nancy Henderson Ryan in 1964. She preceded him in death in March 2017.
He is survived by daughters Kathleen Du Quette of Rohnert Park, California, Kim Colman and
husband Ric of Laguna Beach, California, sister Sally Allen and husband James and
family of Phoenix, Arizona, nephews Howard Hull and wife Susan of Graham, Texas, David
Jonas of Jacksboro, Texas, nieces Helen Clayton and husband Ken of Bryson, Texas, Jennifer
Jonas Leggett of Midland, Texas, cousin Kerry Brown of Commerce, Texas and numerous
extended family members.
Famous by-lines of Joe Ryan: Heres the thing......, and Long story short....., which it never was!
A man of many words, some not so pleasant, just to elicit a laugh.
Joe will be laid to rest beside his beloved Nancy at Cottonwood Cemetery in Bryson, Texas.
Published on January 17, 2019
To plant a tree in memory of Joseph Louis Ryan, please visit Tribute Store.

Plant a tree in memory
of Joseph

A place to share condolences and memories.
The guestbook expires on April 17, 2019.