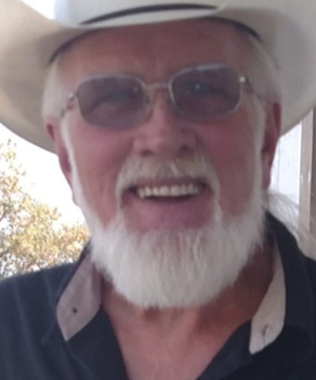 Back to Frankie's story

Frankie Lee Julian, 67, passed away Monday, April 30, 2018, at Hunt Regional Hospital in Commerce.
He was born to Ted and Mary Julian in Tyler, Texas, on Jan. 6, 1951.
Frankie is survived by his son, Seth Julian and wife Sara of Scurry, Texas; four grandchildren; two brothers, Terry Julian and wife Kimberly of Odessa and Joel Julian and wife Belinda of Mesquite; and several nieces and nephews.
He was preceded in death by his parents and sister Mary Ann Boggs.
Frankie worked in carpentry for many years and was a member of Cross Trails Cowboy Church in Fairlie.
His memorial service will be at 10 a.m., Saturday, May 26, at Cross Trails Cowboy Church, Cross 4761 FM1563, Wolfe City, Texas 75496.
R.W. Owens & Son Funeral Home, Wolfe City, is in charge of arrangements.
Published on May 23, 2018
To plant a tree in memory of Frankie Julian, please visit Tribute Store.

Plant a tree in memory
of Frankie

A place to share condolences and memories.
The guestbook expires on August 21, 2018.